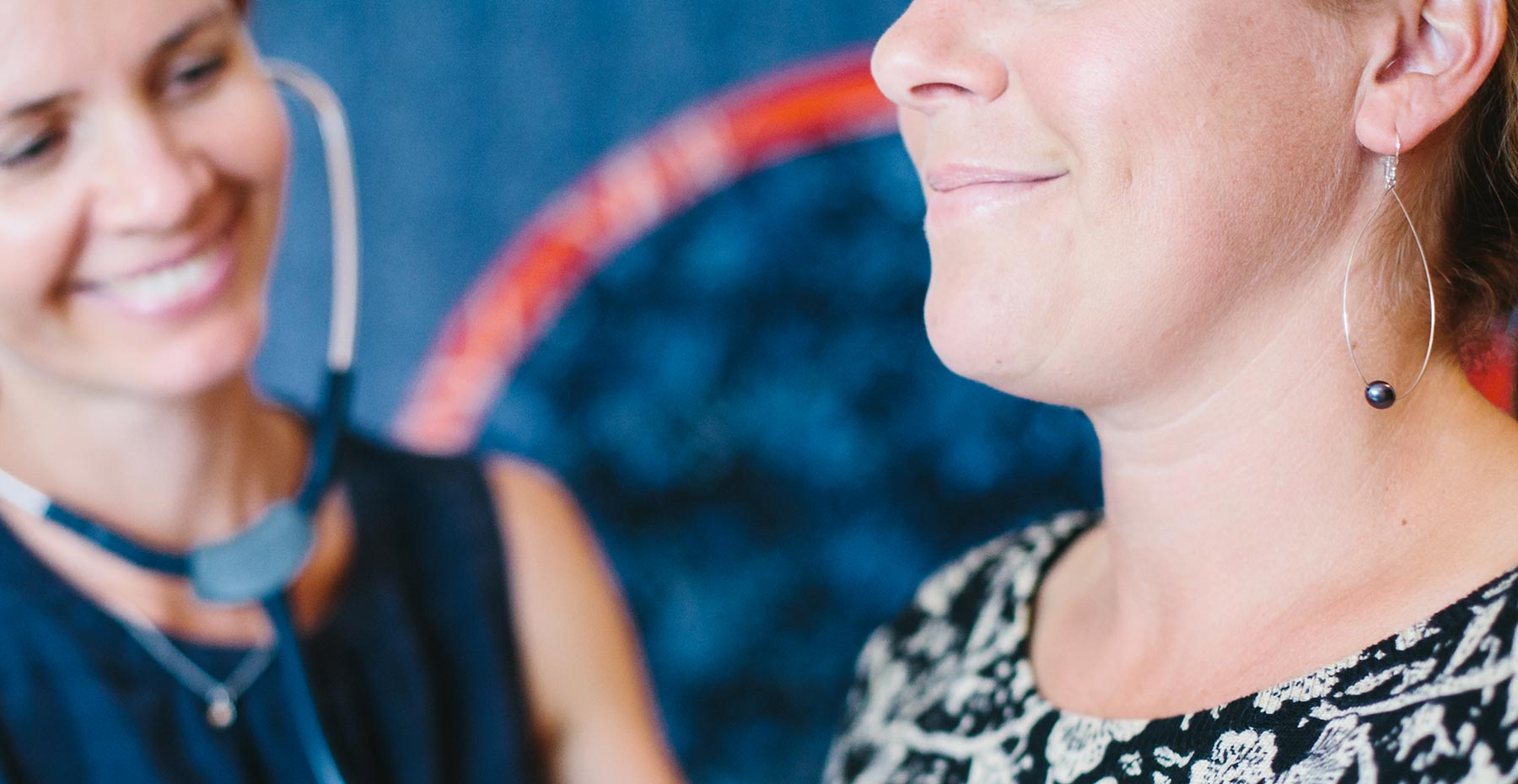 Here at Baker Family Naturopathic, our women’s health services include gynecology and breast health management, and as Naturopaths we address each woman holistically, understanding her to be a unique individual with her own set of symptoms and needs.  While we perform annual exams, pap smears and breast exams, and treat everything from irregular periods, PMS, ovarian cysts to symptoms associated with menopause, we understand that addressing a woman’s whole health picture can not only address acute symptoms but better improve overall wellbeing, reverse disease processes and restore true health.  Our treatment approaches vary according to the individual’s needs and may include bioidentical hormone therapy, lifestyle or dietary changes, and herbal medicine or supplements. Rather than a cookie-cutter protocol approach, our Naturopathic physicians work to create a treatment plan unique to the individual.

Dr. Baker’s interest in women’s health began early on. She says, “I was the teen always asking questions and coaching my friends about birth control, abstinence, and safe sex practices.” In undergraduate, she studied feminism and cultural anthropology as part of her Bachelor of Arts degree in Humanities. She volunteered at a local non-profit women’s health clinic, and later worked there part-time while finishing pre-med courses in Colorado, knowing she was heading for Naturopathic medical school to practice women’s healthcare with natural medicine.

Dr. Baker began her own private practice in 2002 and has been specializing in women’s health and hormones balance ever since.

Dr. Livengood took a circuitous route to Naturopathic medicine, working for several years in ecology and wildlife medicine prior to becoming a doctor.  As she explains, “I was resistant to entering a human medicine profession as my immediate and extended family was made up of healthcare practitioners and I felt I needed to find my own path.” Her interest in medicine and love of people and their unique stories eventually caused her to reconsider. However, growing up immersed in the language of medicine and then studying and working in the natural world drove her to seek out a more holistic approach to practicing medicine.  This is when she found the Naturopathic medical program at Bastyr University.

Dr. Livengood’s passion for women’s health become apparent early on in her studies. She saw how women’s health concerns often impact their whole person – physically, mentally and emotionally.  This challenged Dr. Livengood to really look at a woman’s whole story when attempting to affect change in her body, similar to the work and mindset of an ecologist.  She began specializing in women’s health, choosing women’s health clinical rotations and preceptorships to train under women’s healthcare specialists Dr. Jane Guiltinan, Dr. Laurie Cullen, Dr. Debra Brammer, and Dr. Eileen Stretch.  She took an Advanced Gynecology course with Dr. Tori Hudson ND and volunteered at a rural clinic in Guatemala caring primarily for low income women.  After completing her Naturopathic medical degree, she completed a 2-year residency at a Seattle primary care clinic focusing on women’s health and working closely with her mentor, Dr. Katherine Oldfield ND.

I have been a patient of Dr. Baker’s for several months now. In this short time she has conducted tests and asked questions regarding my individual health profile. Her thoroughness revealed important information about my specific body chemistry; its strengths and deficiencies. Dr. Baker then prescribed natural treatment options. The results have already made marked positive changes in my body’s function and I look forward to continued increases in general health, stamina, and libido. I have been able to come off synthetic hormones successfully and with dramatic positive healthful changes. I have lost ten pounds of extra weight and feel better than I have in years! I look forward to continuing my health’s improvement with Dr. Baker’s expertise.

Balancing my hormones has greatly improved the quality of my life!  Without hot flashes all night I’m able to sleep and be the loving caring wife and mother that I truly am. I can’t go through the day when I’m not sleeping with all the night sweats; I feel horrible, and bite the heads off my loved ones and children.  Hormone balance helps me sleep and therefore improves my life.

Dr. Baker has helped me improve my health in so many ways in the years she has worked with me. I originally sought her help with change of life issues. Her treatments and suggestions were very effective, and since then she has helped me to attain a level of health and well-being I never expected to have. Her approach to health and wellness is refreshing, insightful, and has sound data to back it up.

She keeps current on medical research and employs natural, herbal & pure treatments to aid her clients/patients in restoration of their health. She lives what she teaches. When something arises that is outside her expertise, she has always referred me to excellent health professionals.

I have been seeing Dr. Baker for over 2 years; came to her because I couldn’t eat much; trying to lose weight after children; I hadn’t found anyone that would hear what I had to say.  I was very frustrated. But Dr. Baker very calmly started working on a plan.  We took some tests and found that I had food allergies, hormone inbalance and high cortisol levels – all which contributed to a slow metablolism.   So with a few diet changes and bio-identical hormones I started loosing weight.  She kept it simple and easy and my hormones are now balanced and my metabolism is strong.  I’m now the most comfortable fit I’ve ever been in my life, and my husband says that too!

If you’re asking to have a problem solved, she gets right in there and solves it!  She is curious about your case and is always looking for what is best for you.  Her hands on care and interest in each person is incredible and I will keep referring people to her.

Dr. Livengood – I wanted you to know what a difference you have made.  When I first came to you 3 years ago I felt at a loss because it seemed other doctors just didn’t know what to do with me.  You listened right off the bat and made me feel that what I was going through actually mattered.  Thank you for listening and for working so hard to help me heal.  Your voice and care have been meaningful and stabilizing for me over these years.

Lilli
Back to top